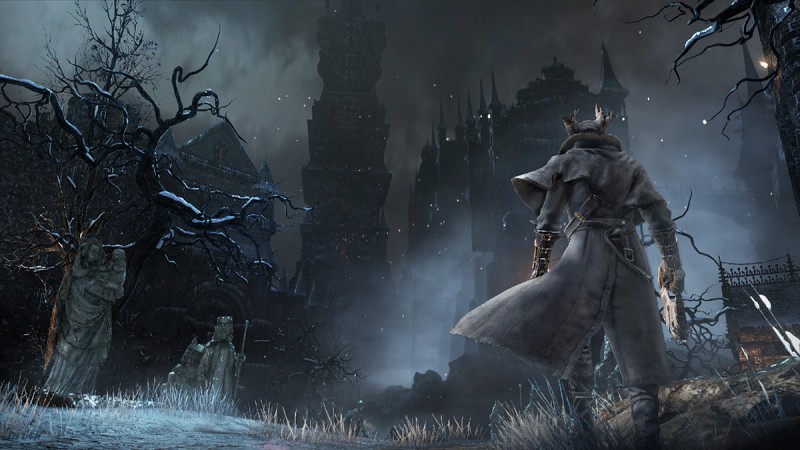 
DS2, you just wait in front of the boss and there will be co-op requests all over, and vice versa. Now I can wait by a lantern or in front of a boss for a good 15 minutes and nobody will join me. Same, although I got much more frequent summons after switching my network settings to worldwide. I love this game, i really do but it probably has the shittiest matchmaking in the history, not of souls games but all video games. I'm the same level as my friend, we're in the exact same spot, worldwide setting, no password and we can't evade each other or anyone else.

Great tips, but I don't know about the whole "If a person dies you have to restart the process" thing. I've been co-oping with a buddy of mine and if the cooperator dies, we just meet back up at the summon site, change our passwords, and then we have no issues rejoining each other without re-ringing the bell. I mean the guy just said it was, and its on the assumption from software hasn't changed it from dark and demon's souls.


I've seen someone post test results in the affirmative. I can't find it at the moment though. There's no 'official' verification but I've read more than once it's the same system from DS1. Region doesn't matter as long as the person is actually in your local region. A friend that lives near me can connect to me even though he's worldwide and I'm local, because local is encompassed in worldwide. I also wanted to add that if you're having trouble after a minute or two, try changing your password.

This usually fixed any troubles. I'll add, Same Area, Same name type, Same pass. I was waiting and waiting to be summoned, then changed mine to worldwide to match theirs and he changed his name to display char name to match mine and we instantly connected. One thing that helped me was r the person that was summoning me ran to the boss to where the X appeared over the Beckoning Bell icon, then ran back to my location and the summon was near instant.

Thank you very much for putting this together. The simple trick of ringing the Resonance Bell first is making us connect much quicker. Glad someone else could benefit from our knowledge! Thanks for the comment and enjoy! You mean dark souls after it was patched several times? Give from a chance to fix the little bugs that come with every new major release and then you can compare it to dark souls. Some of us remember that, initially, it was impossible to summon or be summoned. I can remember never seeing a single soul sign until they patched it. It took a while. Definitely, at launch, summons were bugged.

I mean Dark Souls 2 and how well thought out and robust it was, not necessarily how bugless it was.


I've tried matching up with a stranger to help them take down bosses - the 1st and 2nd ones. I ring the bell, and it tells me that its searching for a beckoning bell. Yes, I am in the correct vicinity.

It continues to 'search' for a long time, and i just lose patience and quit trying. I tried changing from local to worldwide, but nothing changes. I have also tried restarting the game - nothing seems to work. Yea, actually playing now.

Bloodborne Co-op Connection Problem: How to Fix [STEPS and WARNINGS]

There's a "silence bell" and "disrupt resonance" option. I can connect in yharnam with a friend but i cannot connect in the chalice dungeons even when they use my code do you have any tips for this. Seems like that works best for me when I'm doing these runs. For what it's worth, you can try to run with a password as well. That's seemed to make connections for me take from minutes down to sec. I went over to a friend's house and tried for over an hour before seeing this. Worked instantly and over several instances.

Co-Op has worked twice despite many attempts. To get people to join your chalice dungeons, you need to both be in the same dungeon Same seed; Make sure you give your friend the code , then ring the bells while you're both inside of the dungeon. I don't have any friends. There's no way to play with randos in dungeons?

BloodBorne - Co-op Explained and How to Connect with Friends!

If not, I'll probably just beat the game and move on. It's entirely possible to play with randoms in dungeons, but it may take longer currently as people are still advancing through the story instead of playing with chalice dungeons. I've been connected with a random I think times, but I do chalice dungeons extremely frequently. I should explain a bit better.

There's an option to search for dungeons that are public, I don't remember exactly what it says because I'm at work right now, but you can use that to join up with other people.

Want to add to the discussion?

You should set your dungeons to public as well if you want to join up with other hunters. Okay that's good to know. I saw the option you're talking about. I just assumed it would let me play someone else's dungeon, but solo. When I go in, I usually immediately use the small bell and I'm matched with someone pretty quick like that as odd as it sounds.

The Co-op system is quite strange in this game. If you want someone to run Chalice dungeons with, I'm sure many people here would be more than happy to co-op with you. Go to network settings, in game. Your password is called the "watchword". Make sure you and your friend have the same one!

This is not your psn password! It defaults to local but i feel worldwide gives you a larger pool to summon from. Thanks for sharing but unfortunately this did not help me at all. Might just have to hold off for a patch because my friend and I want to keep up with each other. Bit disappointing but no surprise from a newly launched game. I cannot connect to anyone trying to help me or trying to help them.

I don't see this as being a huge problem, but ensure your MTU settings in network is set to Automatic. I had previously set mine to instead of the old default and I could not co-op until this was modified. If something happens and the cooperater gets kicked, or dies, they can rejoin just by ringing the small bell again.

It is a waste of insight for the host to re-ring. I can confirm the quit game workaround.

Whenever in trouble, both should quit the game. And don't use the resume feature with bloodborne. You will be able to see notes, shadows, but cannot summon or be summoned at all! If you're playing Bloodborne after the game suspended thanks to the recent PS4 update , you won't be able to connect to other players. To fix this, I shut down my PS4 and then restarted it. I suspect you could simply close the Bloodborne application and then start it up again.


I find that reading a message over and over again will keep you in game. The game keeps saving and think your killing beats. It will not kick you after a few mins. I waited 30 mins before I got someone.

This post is so helpful! I think it was the rest mode issue that was keeping me from finding my friend and not ringing the bells in the right order. Now we see each other instantly and I don't regret making a second character for co-op play. We found proximity to be key as well. Never had to reboot. If slow, we just fiddle with the Region and Name settings.